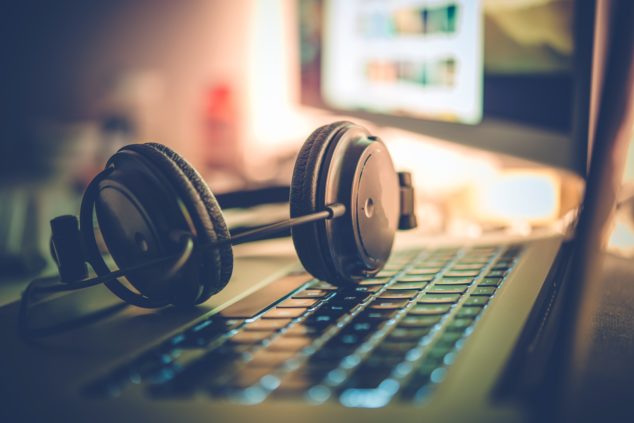 Today’s sound technology landscape encompasses multiple ways of transmission of data between individuals and machines, not restricted to only fingerprint process (content-based audio identification), watermarking (modifying an ingenious piece of supply material by layering further data on high of it), and modulation/demodulation (audio knowledge encoding). Then after all, there’s voice recognition. But harnessing the medium of sound to transmit knowledge is just extremely a helpful different to RF (Radio Frequency) choices like WiFi and Bluetooth, once it’s being employed as the most acceptable resolution to a specific downside. Employing a sonic barcode price tag vs a QR code on a ticket to access an occasion as an example, is unlikely to avoid wasting the venue or the client from the safety queues.

While plenty of players operative within the market specialize in developing data-over-sound solutions for good devices (and specifically smartphones), there’s much more potential for this powerful communications medium on the beyond the smartphone, across a way broader vary of devices and applications.

This itself is merely a sub-sector of the broader data-over-sound sector as a whole, and the breadth of applications in which using ‘audible’ sound to transmit information may afford greater benefits than using just ultrasound.

And it is solely by operating across a breadth of supported platforms and audio protocols that data-over-sound technology moves beyond simply providing the facility to transmit information between smartphones and smart devices.

In fact it’s typically applying the application of this technology to enable low powered chips and legacy devices to enter into conversation with humans, smart devices, and each other that are potentially the most exciting in the age of the Internet of Things.

Data-over-sound technology is already being employed to power communications between devices running on low powered chips and legacy, analogue devices without traditional networking capabilities. To illustrate the point, here are some existing use cases for data over sound technology that involve more than just smartphones:

• Monitoring equipments in sensitive, safety critical nuclear environments in which traditional Radio Frequency based networking technologies including Wi-Fi, Bluetooth and NFC are prohibited.

• Utilized by Activision Blizzard in the largest toys-to-life video game Skylanders – played by tens of millions worldwide – for the purpose of sharing data, securely and totally offline, from the game itself to a companion iOS and Android app.

• Activating a physical action in a toy from broadcast media, as Hijinx did with official Beat Bugs toys, allowing them to sing along ‘in sync’ with the characters on the Emmy-award winning Netflix TV series.

In addition to the huge range of devices and media that support audible protocols and the larger payloads that can be delivered using audible data transfer protocols, there is an increasing demand for very human, honest and transparent qualities that ‘hearing the data being transferred’ delivers.

Perhaps more crucially though, is the limitations of ultrasound communication protocols, when it comes to their use in media. Some are of the impression that overlaying ultrasound on either a terrestrial or streaming broadcast will enable the delivery of content using sound (for example, offers or promotions from ads) from the broadcast to apps running on smartphones or even low powered devices running on chips.

A key point for consideration here is the impact that video and audio compression techniques can have on overlaid ultrasound — namely, most broadcasters and streaming platforms strip this out entirely to improve streaming.

While harnessing sound to transmit information between smartphones does indeed enable a number of compelling uses, there are certainly considerations that limit the practicalities of focusing on this when examining where data-over-sound technology is at its most useful.

The most compelling uses of data-over-sound technology are those in which organisations are not innovating for innovation’s sake, rather working with technology providers to harness the unique affordances of sound in innovative ways to solve their problems most effectively.