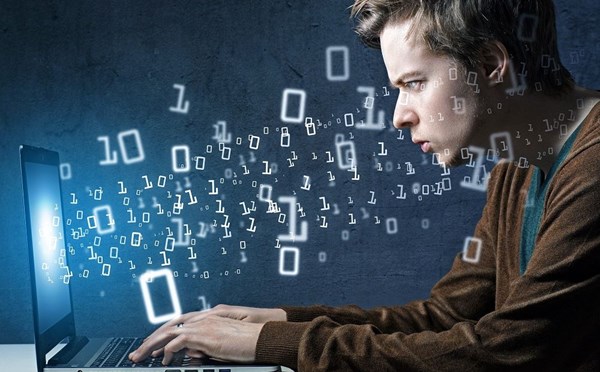 Takeaway: The tech world is abuzz with murmurs of the mythical 10x developer, but whether such a developer really exists is up for debate.

Have you ever heard of a 10x programmer? If you’re not in the tech world, the answer is probably no, and even if you are in some way associated with the world of coding and technology, and you might not really be familiar with this term. But within the developer community, it’s become a shorthand way to talk about the skill sets that people have, and how they use them to be competitive.

Some people refer to the 10x programmer as a piece of IT “folklore” And in fact, the idea of it is very mythological. A 10x programmer is a programmer or a developer who is as productive as ten other average people in his or her field. So that very description, that idea appeals up a somewhat mythological figure, a “king geek” super-programmer with lightning-fast fingers and a great big brain.

With that said, there’s a lot of debate about whether 10x programmers exist. Can someone be ten times as good as someone else in these kinds of disciplines?

Where’s the Proof? The Case Against 10x Programmers

A big part of the argument of people who don’t believe in 10x programmers relates to a lack of research showing these sorts of productivity disparities. Critics may contend that there is very sketchy research to support the 10x programmer idea, and that it really can’t be measured in any meaningful way. For example, in this Fog Creek blog, tech expert Laurent Bossavit talks about how research on 10x programmers was only done on small groups, and a lot of the research was old, which used rather obsolete types of coding languages. Bossavit also talks about unknowns such as how relevant prior science would be today, and how well you can really measure programming or development capacity.

In firing back, those who believe that 10x programmers are out there often talk about the same complexity inherent in the field to suggest that there should theoretically be people who are ten times more productive than the average.

For instance, take a look at this rather eloquent defense of the 10x programmer by Yevgeniy Brikman entitled “The 10x Developer is Not a Myth.” Here, Brikman cites someone like William Shakespeare – we can’t really measure why Shakespeare was so much better than other writers of his time, but the “proof” is evident in schools and universities, on bookshelves and in libraries.

Brikman also talks about programming and development as being based on design choices. For instance, he mentions the utility of Ruby over C for various projects. The idea that he puts forward is that by making better choices, a programmer can indeed do the work of ten people and work ten times more productively than someone else. These sorts of arguments keep the hope alive that a company could see one of these modern-day giants striding into its offices on any given day.Back and Forth

For a lot more on the idea of 10x programmers, you don’t have to look any further than Quora, a social media community based precisely on answering such thorny questions.

One Quora thread (among some dozen targeted to the issue) asks about whether there are actually 100x or 1000x engineers. Some extend the reasoning for 10x programmers or engineers logically to say that in fact, some people really do add a lot more value to a project than others. However, in this thread and others, the question often comes down to what your yardstick looks like, and how you actually assign value.

Another Quora thread is possibly more helpful: it asks why 10x people are not paid ten times more than other professionals. One of the answers that you get is that these “unicorns” of the development world often go on to start their own companies, rather than slaving away for someone. If you accept the premise that the creative products of startups like YouTube and Dropbox are 1000 times more valuable than the salary of someone at, say, Google, then you could make a lot of the same arguments for saying that these entrepreneurs, these people who broke out of the box to create new products, were at least 100 times or even 1000 times more productive than others in their field – but you see the kind of complex logic here. It sort of breaks down, because a startup isn’t like a big company, and we don’t really measure people’s value just by how much money they make… or at least, it’s gloomed upon in polite society.

In the end, all of this is very instructive in talking about the ways that the industry works, and the way that it compensates its people. On a very basic level, you could say that the most skilled people end up working for themselves, or that they start to command a lot of attention at larger companies, because after a while, other people start realizing how good they are at what they do. But all of this isn’t to take away from anyone else who may be a little more “average.” After all, while some of our biggest tech offerings are the brainchild of one or two people, you don’t really get anywhere in a society like this without some collaboration and group work – even if you’re Steve Jobs or Bill Gates.

From a practical standpoint, companies would be well served by not worrying about finding 10x programmers, but instead putting that energy into creating productive and intelligent teams, empowering their workers to grow within the company, and unleashing each person’s inner productivity. But for those who want to engage in hero worship and chase the dream of the mythological uber-programmer, it’s possible that those mega-stars might be out there. They might just be applying all of their potential to the next Facebook or iPhone.