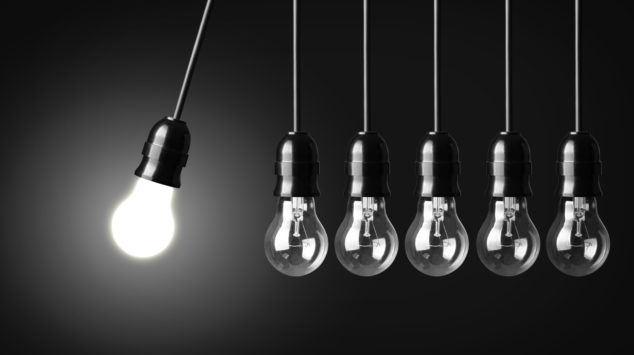 Today, most people lives in a profoundly work centred society. Work is the main source of income, and as such is the main way people meet their material needs.

Engagement in paid work marks the passage to maturity that starts back when adults ask a child for the first time what they want to “be” when they grow up. It is, of course, the main goal of education to equip young people with the skills and certifications required to be able to work.

The next seismic change

During the industrial revolution in the middle of the 19th century, the idea of the working week was born. Although, rather than being the 9 to 5, Monday to Friday existence that people are used to, workers were expected to undertake 14-hour shifts, with only Sunday off to go to church. This was a far cry from the seasonal piecework existence workers had prior to that.

This is an unlikely figure, but a change could well still be on the cards unless something is done. Recently, a politician over in Australia suggested moving to a four-day week or a six-hour day to stave off the negative impact on the job market from automation.

Rise of the machines

A report from the University of Oxford predicts that over a third (35 percent) of UK jobs are at risk of automation, in the US the number is almost half (47%) and in China, it’s a whopping 77%.

The Bank of England chief economist, Andy Haldane, similarly warned back in 2015 that up to 15 million jobs in Britain were at risk in the age of automation and robots.

This rise of the machines has been well documented. From car production lines to Amazon trialling drone deliveries, how business operates is very different from a generation ago.

Much of that written has been to positively laud this digital revolution, and with good reason. Productivity has increased and many of the jobs that were simply too mundane or repetitive for workers are now undertaken by a machine driven by ones and zeros rather than emotions.

Careful what you wish for

But it is becoming a case of needing to be careful what we wish for. Renowned physicist Stephen Hawking has warned that artificial intelligence and increased automation is going to decimate middle class jobs, worsen inequality and risk significant political upheaval. The latter, it could be argued, has already begun.

Stephen Hawking had previously expressed concerns about artificial intelligence for a different reason, that of it overtaking and even replacing humans via the singularity.

“The development of artificial intelligence could spell the end of the human race,” he said in late 2014. “It would take off on its own, and redesign itself at an ever increasing rate. Humans, who are limited by slow biological evolution, couldn’t compete, and would be superseded.”

Technology such as artificial intelligence and automation has been truly transformational to all our lives. The role that technology will continue to play in innovation both within the channel and wider business is significant. But, with automation taking hold, where should innovation investment pounds be best spent: on technology or people?

For me, it needs to be a combination of the two. Research Agilitas undertook with 100 channel partners found that that both technology and people play an important role in developing new ideas and ways of working. In some ways, it is best to view technology as the enabler of innovation and people as the driver.

The need for innovation

In times of uncertainty and change, innovation plays a key role in helping companies thrive. In these times of increased automation, companies should look to speculate to accumulate, both on the technology and headcount side.

Savvy organisations are the ones that will drive innovation by investing in exploring new ideas, adapting business models to embrace scalable approaches and invest in the future by employing those that will help in driving innovation forward.

Change will be driven by intelligent and creative people who are leading experts in their sector. It’s not all about recruitment though. Investment in staff training is as important to motivating existing staff as attracting high quality new innovators.

By investing in both technology and people, the channel will be able to weather the rapidly changing business environment brought on by automation and the associated challenges.