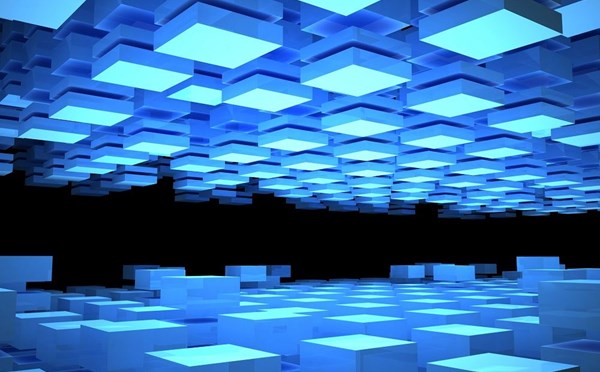 What Is Container Technology?

Container technology offers an innovative solution to the problem of running software applications across diverse environments. When a software application is ported from one environment to another, say from staging to production, there is a possibility of issues. According to Solomon Hykes, the founder of Docker, the company which immensely contributed to containers becoming popular, “You’re going to test using Python 2.7, and then it’s going to run on Python 3 in production and something weird will happen. Or you’ll rely on the behavior of a certain version of an SSL library and another one will be installed. You’ll run your tests on Debian and production is on Red Hat and all sorts of weird things happen.” Other than software issues, other problems can also arise. Hykes goes on to add “The network topology might be different, or the security policies and storage might be different but the software has to run on it.”

How Containerization Can Help

Container technology solves some of the common, nagging problems businesses face. Businesses are constantly trying to minimize software issues, development and bug-fixing time and costs for their software and hardware. Simultaneously, there is a need to improve productivity and time to market for software products. For that, software applications need to operate smoothly when they are ported across diverse environments. Some of the main problems that container technology solves are described below:

Businesses expend a lot of time and other resources fixing issues arising from porting software applications across environments. Container technology eliminates or minimizes such issues because there is no dependency on the host environment except the OS.

Since containers are saving significant resources as far as bug fixing time and resources are concerned, this also means that the software applications can be sent to the market without wasting time. Businesses stand a greater chance of meeting the general availability (GA) deadlines for pushing their software products or apps for commercial acquisition.

Think of the huge investments businesses need to make in terms of hardware, servers, operating systems, storage and other technology. With containers, there is no need to acquire such significant infrastructure because a container provides almost all resources required to run apps. All that is required is the OS in the host environment. A container can be shared by multiple apps and it is as if each app has been allocated separate rooms, isolated from one another.

What Are Its Features?

Containers use shared operating systems. So, when it comes to efficiency, containers are much more efficient than the hypervisors that are used in virtual machines. Containers do not virtualize hardware; instead, they are based on top of a solitary Linux instance. According to James Bottomley, the CTO of server virtualization in Parallels, a global leader in cross-platform solutions, with containers, you can “leave behind the useless 99.9 percent VM junk, leaving you with a small, neat capsule containing your application.” According to Bottomley, “with a perfectly tuned container system, you can have as many as four-to-six times the number of server application instances as you can by using Xen or KVM VMs on the same hardware.”

No Dependency on the Host Environment

Containers have almost no dependency on the host environment, as already stated. Also, they do not put any stress on the resources. Usually, a container may be only a few megabytes in size, whereas the virtual machines can take up several gigabytes of storage space. A container can also contain several apps.

Is It Really Going to Be Popular?

There is a strong possibility that containers are going to be extremely popular in the near future. Especially because Docker, the organization that made containers such a powerful force to reckon with, has put a lot of efficiency into containers. Ben Lloyd Pearson has written on opensource.com:

“Docker has been designed in a way that it can be incorporated into most DevOps applications, including Puppet, Chef, Vagrant and Ansible, or it can be used on its own to manage development environments. The primary selling point is that it simplifies many of the tasks typically done by these other applications. Specifically, Docker makes it possible to set up local development environments that are exactly like a live server, run multiple development environments from the same host that each have unique software, operating systems and configurations, test projects on new or different servers, and allow anyone to work on the same project with the exact same settings, regardless of the local host environment.”

With time, businesses are increasingly going to rely on solutions that consume fewer resources, are faster, leaner and more efficient. One very beneficial aspect of containers is that they are based on the open-source concept. So, in the future, more and more developers are going to come forward to provide container solutions.

While the business world goes berserk over containers, there are certain aspects that need to be addressed first. The foremost of these are the security issues. It is said that the sharing of the OS could pose a serious security threat. Many think that containers are not as secure as virtual machines. If there happens to be a vulnerability in the kernel, the problem could find its way into the applications. It is believed that containers cannot provide the same level of isolation as the hardware virtualization. However, certain software is already available on the market to address these issues. Container technology is going to evolve more in the coming days and become more mature.